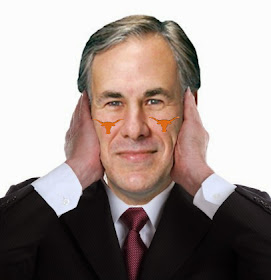 "He who covers his sins will not prosper,
But whoever confesses and forsakes them will have mercy."
Proverbs 28:13


An era of disunity on the University of Texas System Board of Regents could soon be ending, as the most controversial member of the board, Wallace Hall, and his two closest ideological allies have been passed over for reappointment to the board.

That means the tenures of Hall, Regent Alex Cranberg and Regent Brenda Pejovich will soon likely end, as long as the Senate opts to confirm the appointees.

In addition to Eltife, Abbott named Rad Weaver, CEO of the company owned by UT-Austin mega-donor Red McCombs, and Janiece Longoria, a former vice chair of the UT System board.

It’s no surprise that Hall has not been reappointed. But it’s still a major development for the UT System. His six-year tenure has been a time of near constant strife. He clashed frequently with Bill Powers, the man who was president of UT-Austin for much of Hall’s tenure. And more recently, he sued current UT System Chancellor Bill McRaven to win access to confidential student records.

Hall’s time helped lead to some major changes. Most notably, he helped bring to light a scandal at UT-Austin over the admission of students with powerful connections who might not have been qualified.

Bottom Line: We'll have more to say in due time, but we must say that appointing a former Senator is a particularly audacious act of mendacity.
Cahnman at 3:33 PM
Share